How Larry Steinhouse Livestreams a Million-Dollar Quest with Switcher 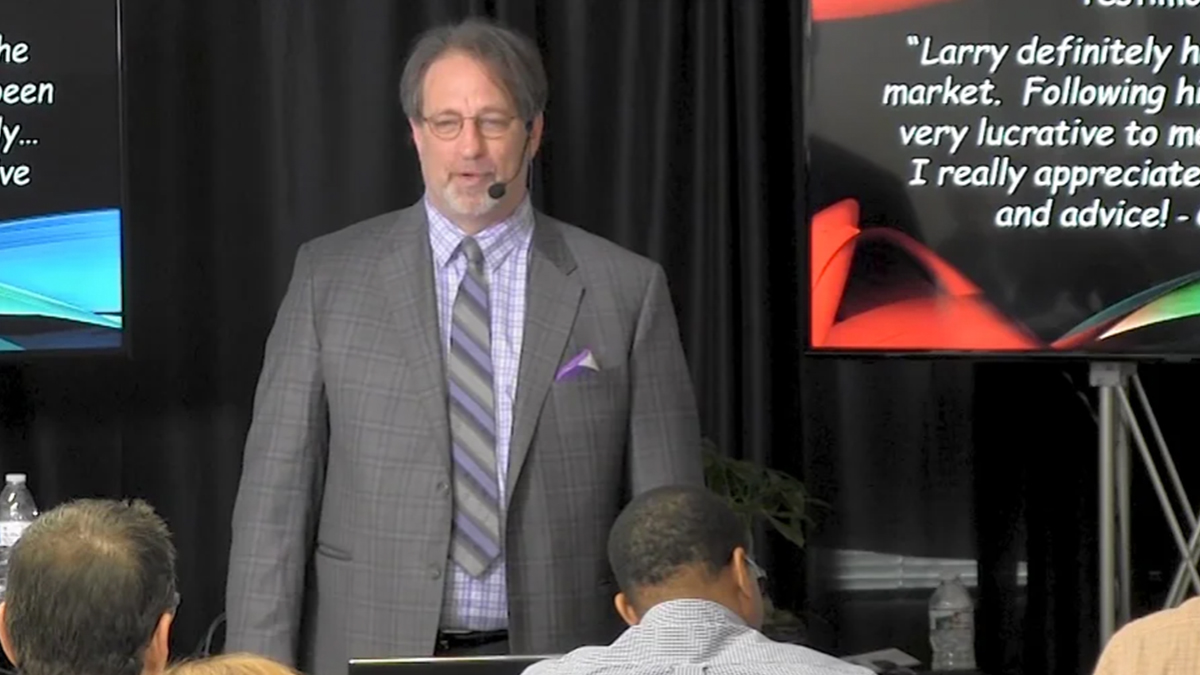 Most people could stand to make a few extra bucks these days, but few people can find a good, consistent way to do that. From selling old products on eBay to subscribing to commission-based companies like Beachbody and Younique, there are a variety of options available to try your hand in a new business. More and more options like this are quickly gaining in popularity, but some people are still looking for a more “traditional” means to gain additional income. Everyone has heard of the great successes that can come from the stock market. Hollywood Films like Wolf Of Wall Street, Boiler Room, and Capitalism: A Love Story showcase the pros and cons of trying their luck at choosing stocks. Middle school and high school students are often given a crash course on how stocks work.

Still, despite the initial intrigue, many people ultimately fail to engage with the stock market, fearing failure or unable to come up with a good initial investment. So what about options trading? Unlike penny stocks, which restrict you to only three “day-trades” per week for accounts under $25,000, options have no restriction and cost the same as the penny stocks. There is also a much more consistent and routine high amount of volume each day with trades, which allow new traders to get involved easier than stocks. The question then becomes: can the average citizen succeed in options trading to inflate their normal income level? According to Philadelphia’s own Larry Steinhouse, this is more than possible...and he wants you to watch him do it.

Steinhouse has been trading options for years, with varied results at the beginning. He likens his early days of trading stocks to gambling, searching the market for the next big thing and trying to guess where the stock would be within the next few months. Sometimes, he would fall right on the money (no pun intended), whereas other times he would not be quite as lucky. There had to be some sort of pattern. Some sort of system. Around two years ago, Steinhouse took the time to closely examine all of his prior trades and see what events led to him profiting and what events led to him losing money. After only a few hours, Steinhouse found what he was looking for.

Throughout the past year, Steinhouse has successfully coached several people into succeeding with trading options. Many who have started with $1000 to invest have seen that amount multiply to $5000 within a year. Even those who invest less have still seen a notable increase on their investment in a time where every little bit helps. Steinhouse himself has also found great success, profiting $278,000 in just eighteen months. Yes. You read that correctly. Larry Steinhouse has made $278,000 through options via over the past eighteen months, using the pattern he uncovered through his research to accurately protect his investments. It is because of that that Steinhouse has decided to embark on his biggest endeavour yet… The One-

Using the fruits of his research, the self-proclaimed “Crazy Options Trader” has decided to invest $100,000 and turn it into $1,000,000 within one calendar year. Steinhouse has given himself a few rules for this quest: 1) He cannot add to or take from the account with the $100,000 for the entire year, 2) He will need to average a 21.5% return each calendar month, 3) He will give daily updates so fans can track his trades alongside him. Each day, Steinhouse will let everyone know how his trades are doing, what the condition of the stock market is at that time, and advice for other current traders following along at home. He will be providing these daily updates via a livestream on his Facebook page to allow for viewer interaction as well.

This is where Switcher Studio comes into play. Steinhouse is a fairly new Switcher user. He was on Facebook in early August 2016, watching a livestream from keynote speaker and bestselling author Joel Comm, and was blown away by what Comm was accomplishing on the livestream. Comm was able to seamlessly switch to different camera views simply by pressing controls on his iPad. Comm mentioned during the stream that he had accomplished this by using an iOS app called Switcher Studio, and Steinhouse was immediately sold. He quickly downloaded the app and subscribed to Switcher that same day. Already having an iPhone to use, Steinhouse went out and purchased three iPads to complete his 4-camera collection. “The visual quality of Apple’s products these days is amazing!” Steinhouse raved when we spoke to him. “Some of them are just as good--if not better--than the mainstream cameras and camcorders on the market. Purchasing the iPads gave me better quality for lower cost than I would encounter with other set-ups.”

Steinhouse has had great success using Switcher Studio for his livestreams, which he tries to do daily in preparation for next year’s big kickoff. He says being able to set up the iPads and iPhone and control them all from one device gives his livestreams an edge that many others are not able to achieve. Steinhouse also plans to begin using the SwitcherCast program, allowing him to screenshare content from his computer via means of his main iPad. This will allow him to pull up stocks information in real-time and share it directly to his viewers, another bonus to those wanting to learn Steinhouse’s secrets and launch a venture into trading options on their own.

Larry Steinhouse’s million-dollar quest will begin on Sunday, January 01st, 2017 and will run through Sunday, December 31st, 2017. He hopes to continue learning new tips for options trading as he goes throughout the year and will share those with viewers to help them learn the system as well. Anyone interested in learning more about Larry Steinhouse and his dive into the world of options trading, you can download his free e-book Options: The Way To Big Returns for free on his website.

Steinhouse is also in the process of penning a second book on options trading, which he plans to have released within the next few months, just in time for the start of his $100,000 to $1,000,000 journey. This second book will also be available on his website when completed. Other than his website, you can also keep up with Steinhouse through his “Crazy Options Trader” Facebook group, where his livestreams can be found and where he regularly engages with his audience. He also welcomes people to add him on his personal Facebook page “Larry Steinhouse” to keep up with him that way as well. We wish you much luck, Larry!