From Vine To Facebook Live: Spend the Morning with Brittlestar 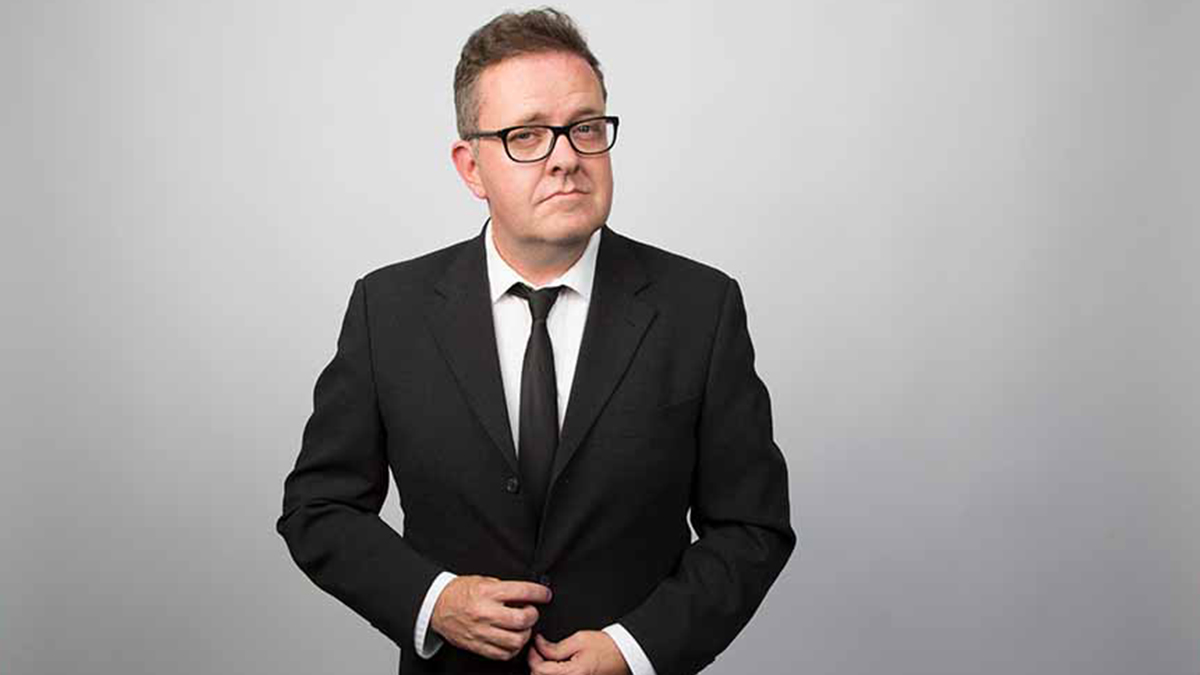 With the launch of Facebook’s scheduling API in Fall 2016, a new form of live video began to grow: Live Shows. Many live broadcasters have produced shows in the past, but these shows were streamed at random times. As a result, it was hard to get routine live viewers.
Yet, with the new API, producers are now able to pre-schedule their shows up to seven days in advance. This gives their viewers a chance to get on a schedule and plan for the broadcast, just like traditional television shows.
Many producers' shows have already achieved moderate success on YouTube and Periscope. With Facebook Live scheduling, they have begun to migrate to the newer platform. It is a risky move, but these producers saw what Facebook's audiences have to offer and have not looked back. 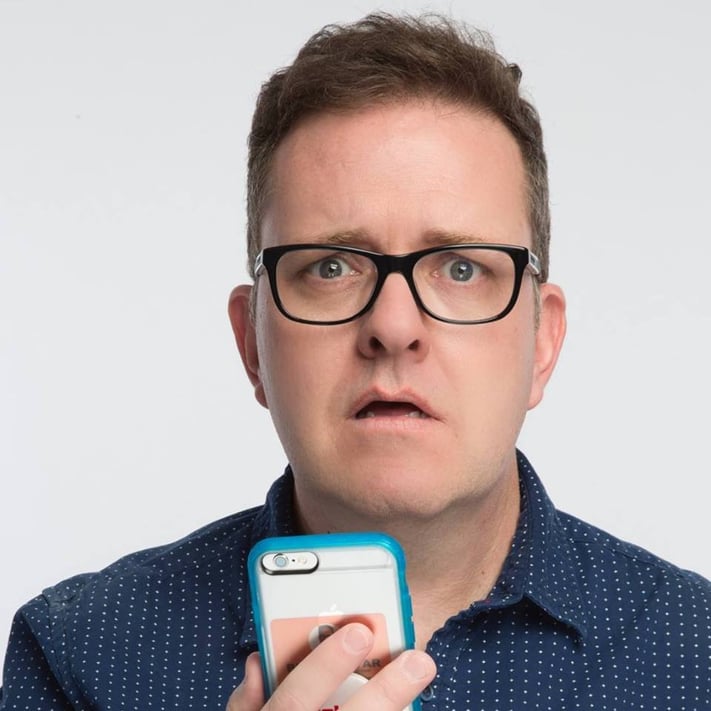 One such producer is Stewart Reynolds, known commonly as “Brittlestar”!
While his initial success came from Vine, Reynolds now has growing success on Facebook with his morning show “The Morning Show Thing”. Reynolds co-hosts the show daily with his wife, Shannon.
Despite having a presence on many platforms, the Reynolds family has found success for their show on Facebook! Even better, they have also seen the birth of a new community!

Reynolds, his wife, and their two sons began creating social media content in 2013. The Reynolds's Vine channel quickly grew to over one million followers. Their videos have been viewed more than 300 million times and have led to deals with companies such as Disney, NBC Universal, and Subway.
Reynolds has also been fortunate enough to collaborate with other celebrities due to his success on Vine. The Property Brothers and Alan Thicke are two such collaborators. 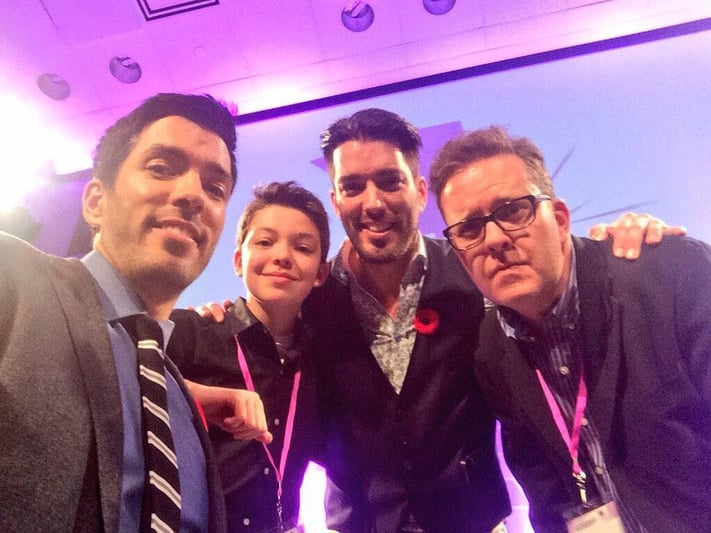 Unfortunately, Vine announced that they were shutting down in Fall 2016. As such, Reynolds found himself looking for a new main platform to upload his content.
While uploading skits to YouTube and Instagram, Reynolds decided to do a relaxed morning show to gain a stable audience.
Appropriately titled “The Morning Show Thing”, Reynolds began streaming the show to YouTube six months ago. Unfortunately, it received lukewarm results.
He then moved the show over to Periscope, where the view count fluctuated each week. Needing something more stable, Reynolds decided to give Facebook Live a try. 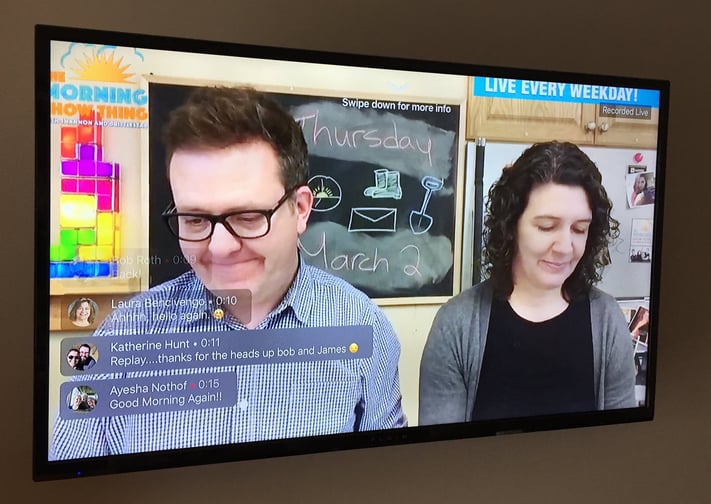 A Better Stream With Switcher Studio

With Vine, Reynolds created single camera setups to record footage, and then edited it all together in post-production. However, for a live broadcast, there was no going back and making things look fancy.
The quality for “The Morning Show Thing” had to be high from the get-go. Using a single-cam shot while holding up the Facebook App was not going to accomplish that.
Reynolds took to Google and looked up easy multiple camera solutions for the show. As a result, he stumbled upon Switcher Studio and fell in love with the service.
Not only did Switcher Studio provide him with multiple camera sources, but the app's additional features made for a nice bonus!

“Being able to add graphic overlays, share a desktop screen, and switch cameras is our secret to a professional-looking live stream,” stated Reynolds when asked about what Switcher Studio brings to his shows. “The production is still manageable and fun without needing a full production crew.”
“The Morning Show Thing” uses an iPad as the main switching device, an iPhone 6 as the main camera, and an iPad Mini as the “Weather Cam”. A MacBook Pro is used for monitoring comments and displaying necessary images and video. Lastly, an iRig HD shotgun mic is connected to the main iPad for high-quality audio throughout the broadcast.
Shannon controls the broadcast from the main iPad while they are live. She keeps the iPad at her side while live and switches sources as needed.
The Reynolds do not currently use the Director Mode feature, but they say that may change in the future.

The Future Is Bright

The Reynolds family stays busy. Besides the “The Morning Show Thing” they also create custom content for brands such as Hotels.com.
Reynolds also produces a vlog mockumentary series on his YouTube channel, called “How To Be A Social Media Star”.

Reynolds also creates comedy videos for CBC’s digital platform in Canada, and he hosts a new healthcare series for TELUS (a Canadian mobile phone company). In this series, he interviews healthcare professionals about men’s health while driving around in Lamborghinis and Ferraris.
“We’ve also been asked to do ‘The Morning Show Thing’ live from Playlist Live in Orlando, Florida in May,” announced Reynolds. “They have a ‘Parents Lounge’ at these events, but we think we could maybe offer the ‘older’ crowd something fun as well. Plus Playlist Live is always a fun time with lots of recognizable faces!”
You can keep up with the Reynolds family on Facebook, YouTube, Periscope, Twitter, and Instragram. All of these accounts use the Brittlestar handle. You can also learn more about them on their official website.
Also, be sure to tune into “The Morning Show Thing” each weekday morning at 09:30amEDT/06:30amPDT!
Share on Twitter Facebook LinkedIn Pinterest