How to Livestream from Almost Anywhere Using Switcher + LiveU 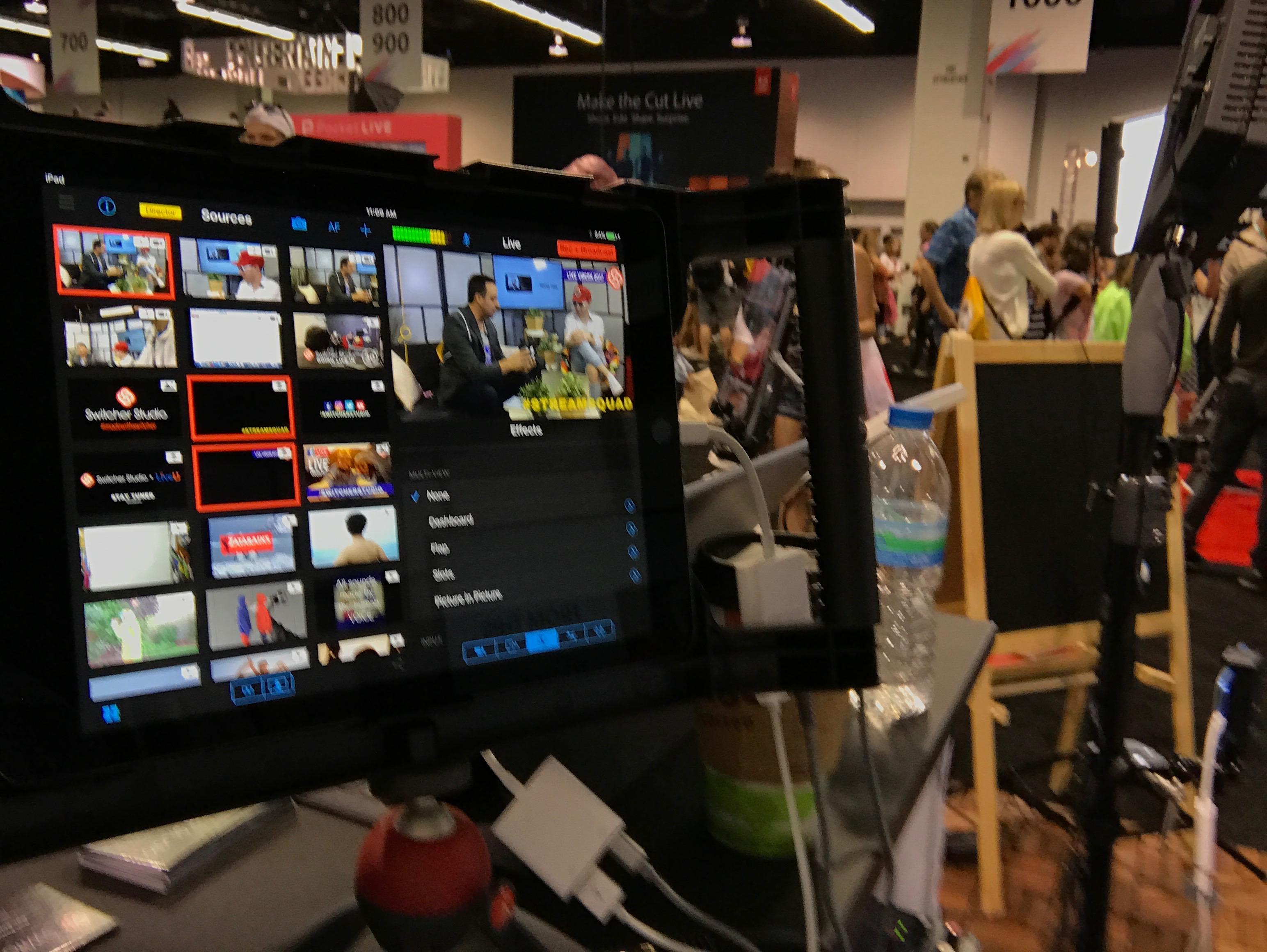 LiveU is a great tool for broadcasters that allows creators to broadcast from almost anywhere. Paired with Switcher Studio, it is the ultimate portable live video solution available.

Typical 4G and LTE coverage can fluctuate in a large crowds, remote locations, or during inclement weather. LiveU uses cellular bonding technology to combine multiple cellular, wired and wireless networks to create a reliable connection for uploading and streaming video. This is especially helpful where 4G and LTE coverage from a single 4G modem or phone might not be sufficient. LiveU is also a great backup data source for mission critical productions if you are streaming live video.

This is a professional setup using mobile devices with special costs and configuration required. 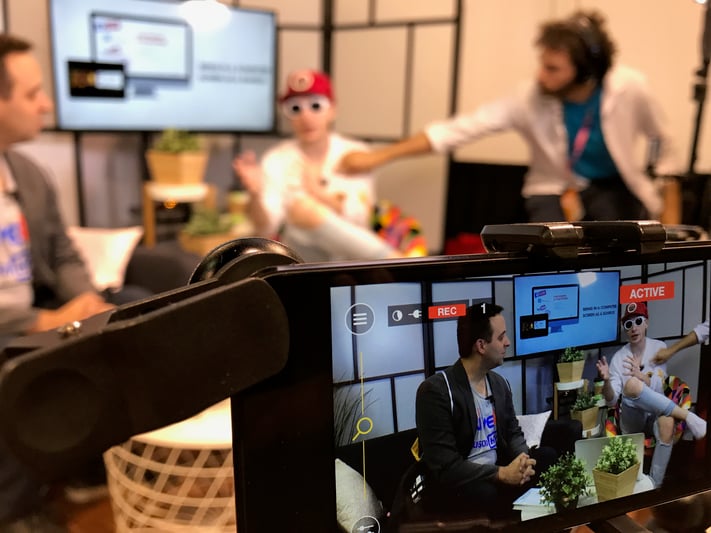 We partnered with LiveU for VidCon 2017 to stream 3 days of live video from the Expo Hall. For this production we used the LU-500 in bridge mode - this is a new method of using the LiveU for uplink that is not yet publicly availble.

Typically users would setup their Switcher production using their own local network for communication between cameras, then run HDMI output from the primary switching device into the HDMI input of the LiveU. The user would then configure their streaming endpoint and destination from the LiveU dashboard. 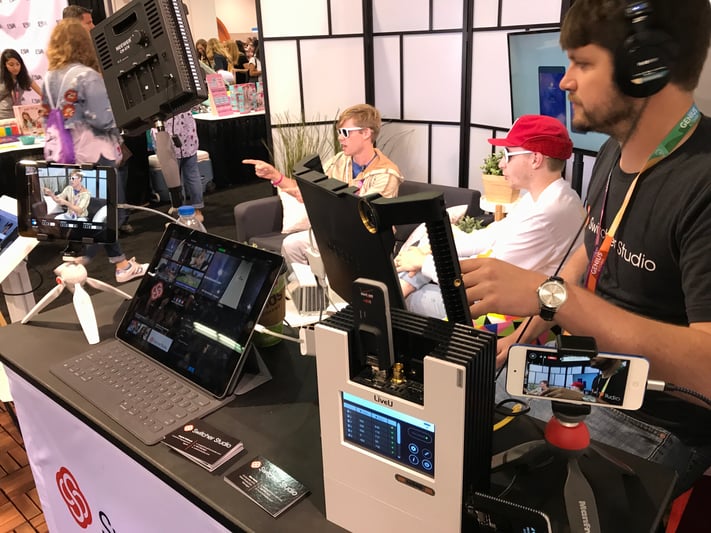 Because we were streaming for hours at a time we wanted to be able to charge our iPhones and iPads throughout the production. We also wanted to use ethernet for connectivity between devices for a more reliable connection. Using the HDMI output from our primary device would have prevented us from connecting the device to our network via ethernet. We chose to use LiveU in bridge mode so we could get the benefit of cellular bonding while managing the entire production from Switcher over ethernet. 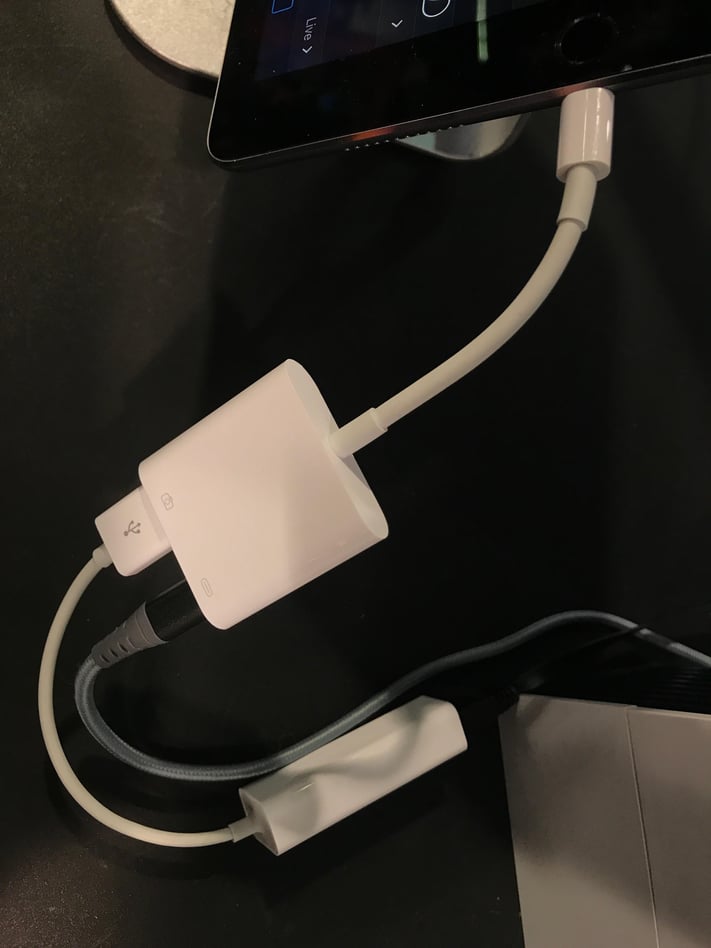 In our VidCon setup we connected multiple iPhones and iPads via USB/Ethernet. We made the connection using the Apple Lighting to USB 3 adapter  and USB to Ethernet adapter together (note: you must provide power to the USB adapter). 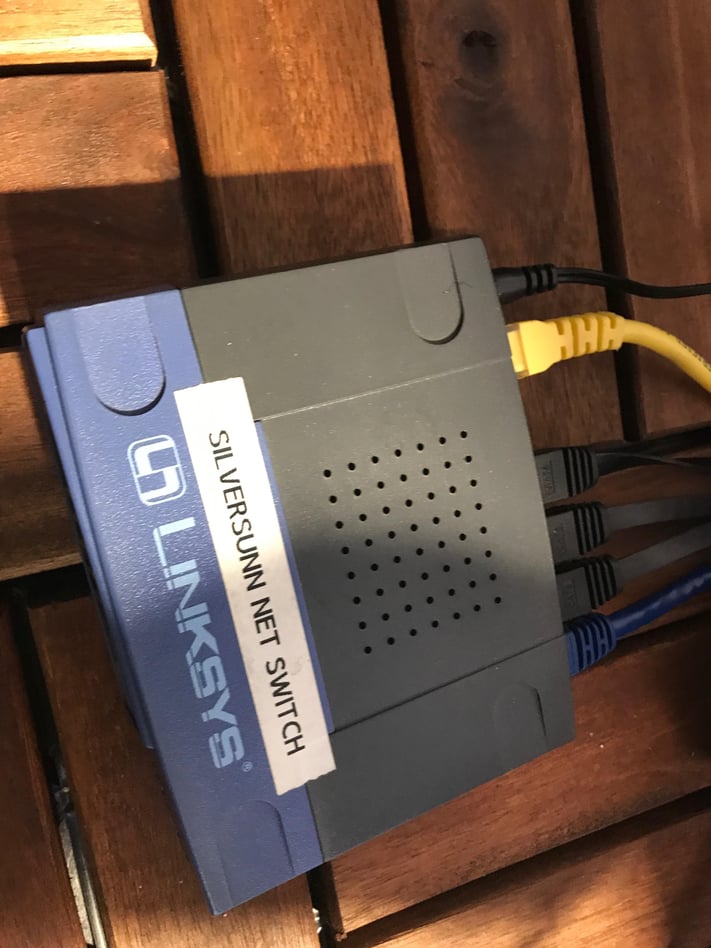 We then connected each idevice to a local net switch so the devices could communicate with one another and appear as inputs in the Switcher software.  In addition, we connected a Ubiquiti wireless access point to allow the use of a roaming camera. This hybrid local network setup allowed us to hardwire our primary cameras for reliabile communication between devices. It also gave us the flexibility to wirelessly sync additional iPhones and iPads. 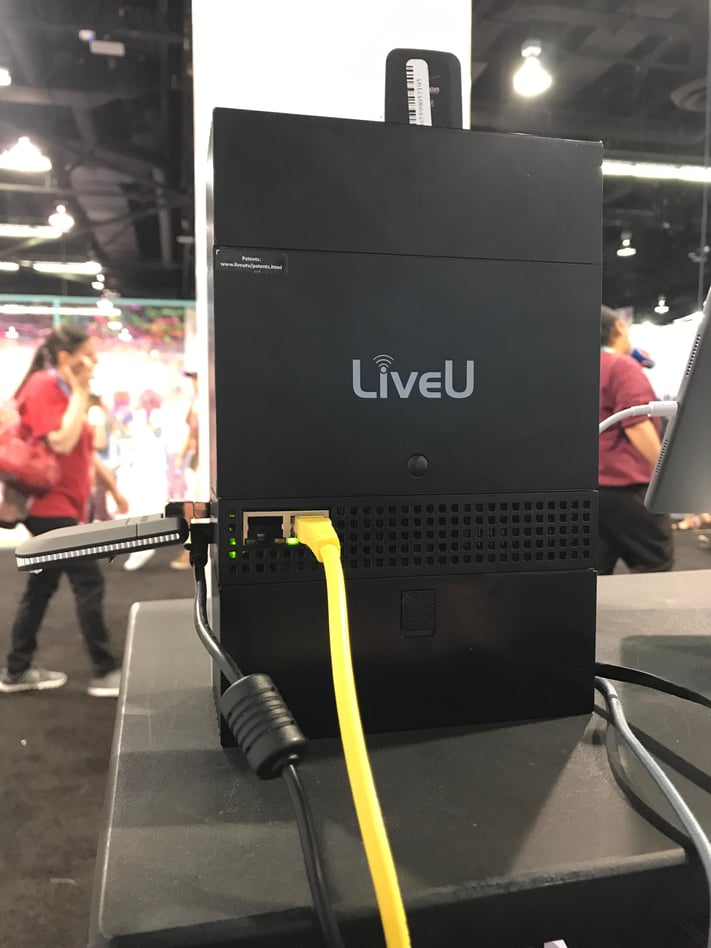 However, we did not have an internet port availble at VidCon. So, with the LiveU bridge mode enabled, we ran an ethenet cable from the netswitch output to the LiveU uplink port (see yellow cable in two pictures above). With the internet connection in place we were able to setup our Facebook event inside Switcher and go live.

Special thanks to Chase Crawford and Joel Levinson for hosting our #streamsquad show on facebook.com/switcherstudio.  They organized interviews with guests totaling over 10 million followers and we successfully streamed from VidCon with thousands of viewers tuning in from all over the world.

Note: This same configuration could be used to sync Switcher cameras for recording only, or connected to a wired ethenet port at your studio or venue for uplink. You can also build your own local network for communication between cameras, then run an HDMI output from your primary switching device to use with the production version of LiveU today.

You can watch the full set of videos from VidCon 2017 made with Switcher + LiveU here:

To learn more about LiveU, visit their webpage www.liveu.tv/