What's New in Switcher 3.3 — Sync Up to 9 Cameras for Multicam Streams 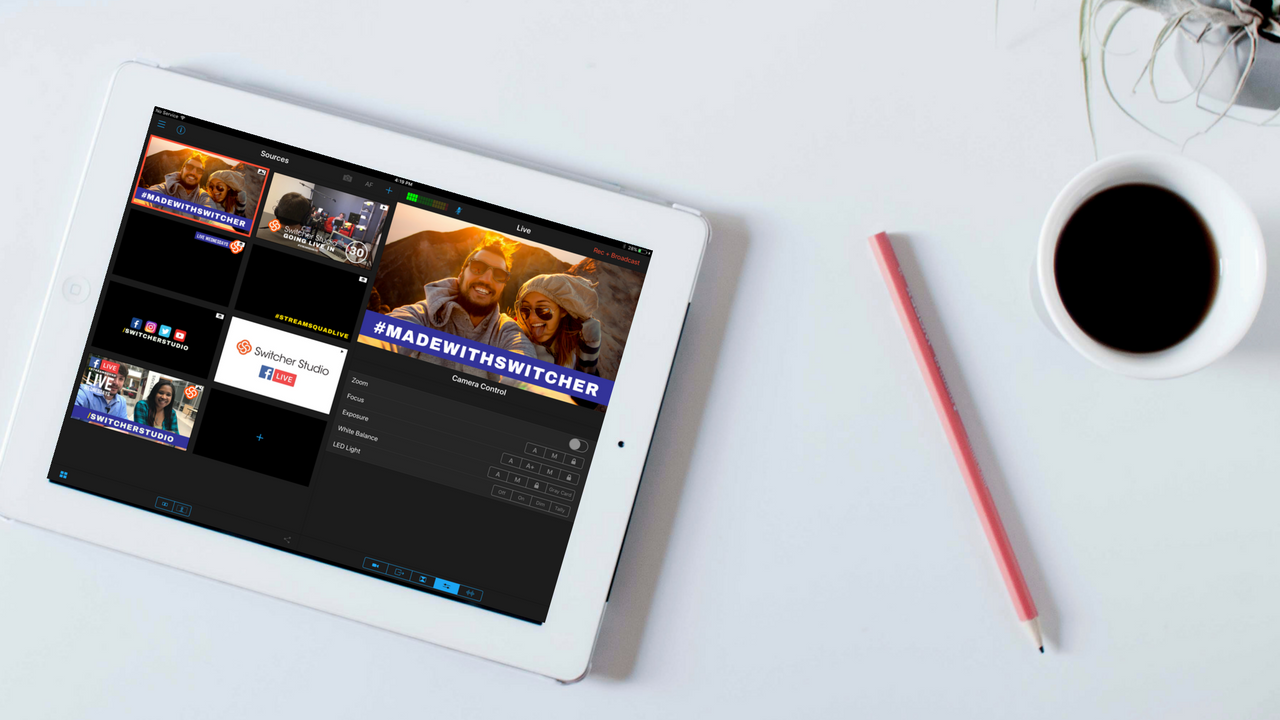 Switcher Inc returns to VidCon 2017 with some big updates to its Switcher Studio platform. YouTube and Facebook Live creators, social media influencers and anyone looking to improve their social media presence will find value in these new additions. Key features in the new release include:

Creators new to Switcher will benefit from the intuitive design for quickly adding photos, videos and overlays to their Facebook Live. You can also re-arrange and organize your assets for easy management with the new layout. If you need to display more sources at the same time you can also scale assets to display in a 2, 3, or 4 columns - see below: 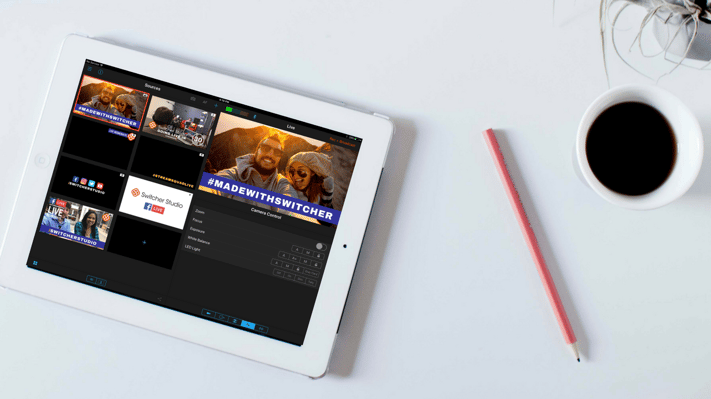 Advanced users can enable the Preview window and use the workspace to enhance their productions. Use the Preview window to adjust camera controls like white balance and exposure before switching to a camera source. Build a muiti-view effect or side-by-side effect then push to live. You can even pair Switcher Studio with the DJI Osmo Mobile gimbal for remote pan-tilt-zoom control of a remote iPhone camera.

This update also expands the standard 4 camera setup to allow access to as many as 9 simultaneous camera inputs. By running the Switcher Studio app on multiple iOS devices, users are able to switch between each camera in perfect sync. Cameras appear on the main iPhone or iPad used for video switching in the order they are connected. Remote cameras also show a tag to indicate the number associated with the camera source. This is helpful when managing a crew and the operator or director needs to quickly identify a cameraman or source. You can also pair a bluetooth Keyboard with your iPad and use keys 1-9 to switch between camera sources for faster cuts.

For more information about Switcher Studio and support visit www.switcherstudio.com

Ready to get started?

All these software updates and more are available today. Download Switcher Studio on the App Store to take these features for a spin.

Sign up for a free 14-day trial to see how you can level up your livestreams.