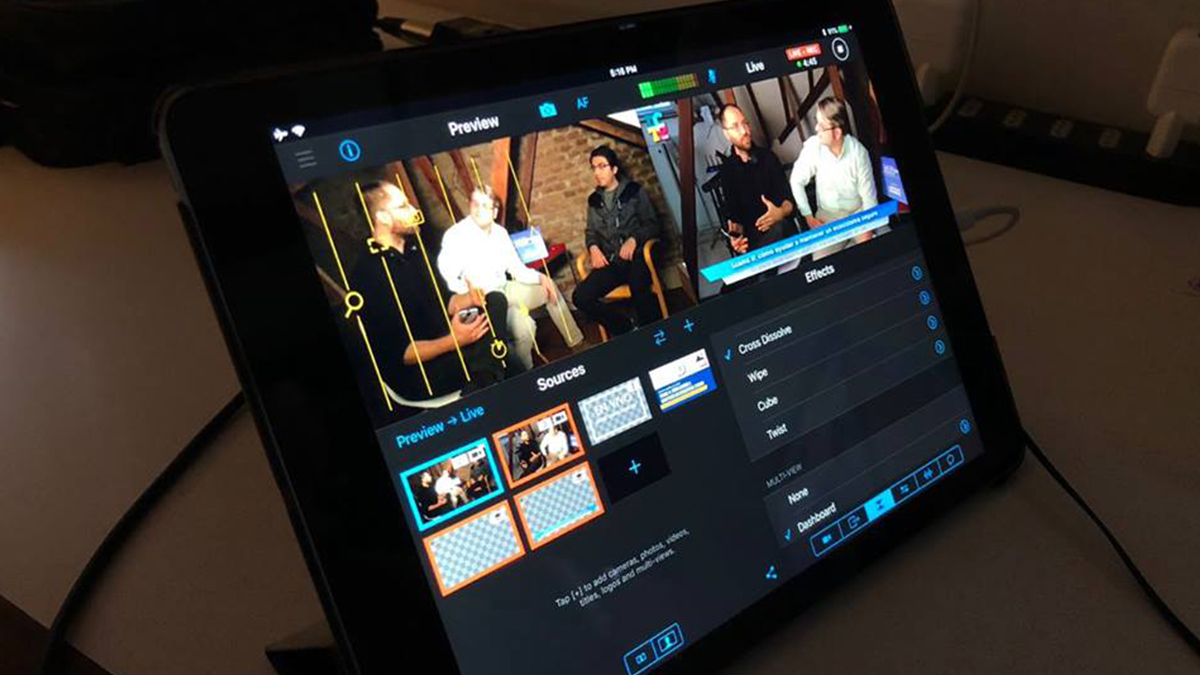 Switcher Studio has been pushing the boundaries of creating video with iOS since its launch. Now the app is even more powerful with the addition of “Director Mode”. This update allows users to assign fixed frame rates, record 1080p HD broadcast-quality video from multiple angles using mobile devices, and export compositions to Final Cut Pro X. Yes, it’s good enough for TV and there are already stations using it for on-air content.

Using the new Director Mode in Switcher Studio, users can disable the built-in camera on the primary device and sync up to 4 additional iPhones or iPads by pairing with a router or hotspot. Tapping “Rec+Broadcast” within the app triggers a recording on each connected device so users have access to full-quality video from each angle, regardless of any hiccups or glitches on the network. Users can then switch between sources and make edits while an event is in progress.

When the user stops recording, video from each connected device is composited on the primary switching device with all the cuts and transitions made during the event. This results in a fully edited HD video that can be immediately uploaded from the device or exported to Final Cut Pro X to make additional tweaks and adjustments (*requires Media Manager BETA).

Director Mode also allows the user to assign a fixed frame rate for the final composition. When using Director Mode, users can also broadcast to a streaming video platform like YouTube or Ustream at a lower quality if they have limited bandwidth, while still capturing a 1080p HD video to upload afterward for on-demand viewing. There is even a built-in speed test that can be used to check the user’s internet connection and automatically adjust the resolution and bitrate for a live video stream.

During a production, users can insert photos, graphics, and overlays, or use the Switcher Cast screen sharing app to bring a computer in as a source and share PowerPoint and Keynote presentations with multi-view and picture-in-picture effects. The app requires no special hardware or gadgets — all a user needs is an iPhone or iPad and an internet connection! Simply sync the devices to the same router and use it as a hub for communication between cameras. No internet connection is required if you're only recording, not streaming!