How Businesses Can Leverage the Power of Live Video 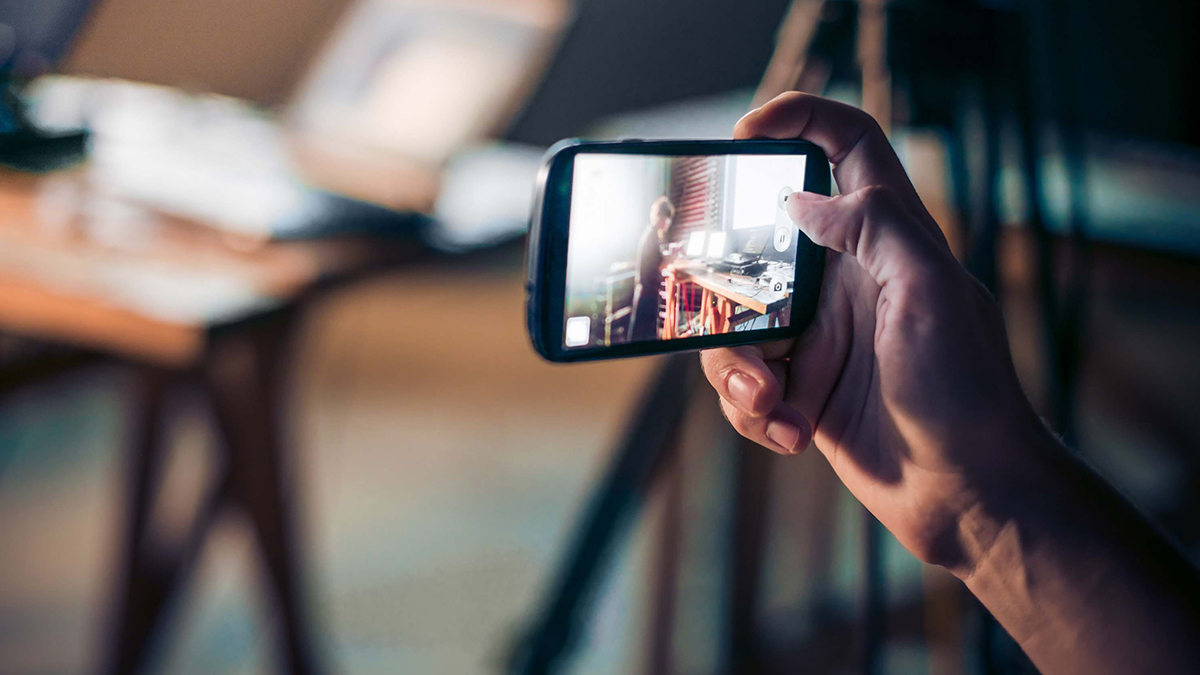 As the inimitable Ron Swanson once warned, “Never half-ass two things. Whole-ass one thing.” Unfortunately, that’s easier said than done when it comes to tech and tactics for your business.

Tools and media are changing so quickly. The number of new technologies that businesses “should” be using can feel incredibly overwhelming at times, especially if you’re part of a small team.

Are you using chat? Predictive analytics? The cloud? VR? AI? LD? XQ? Just kidding, I made up a couple of those. But seriously, are you wearing enough hats yet?

Compounding the problem, it’s hard to know which technologies are true game changers and which are just trends — and harder yet to adopt the right new technologies well. Working at a live video software company, we hear this a lot, and I totally sympathize.

Businesses know live video is a thing. They know it’s a big thing, a growing thing. They know they could probably implement it as a medium for their own messages. But they don’t know whether it’s the right technology to adopt, the right place to invest their time and money and mental energy. And, beyond that, just the word live can spark fear in the hearts of some professionals who’ve learned to rely on second drafts and second takes.

But here’s the counterintuitive insight that we’ve found in watching thousands of companies implement live video into their business strategies (and implementing it ourselves): livestreaming actually alleviates much of the pressure and time involved in creating prerecorded videos (more on that later). It doesn’t have to be hard or expensive. You can literally do it for free with just a social media account and a smartphone. And its use cases extend far beyond the social media team.

Live video — streamed internally through platforms like Microsoft Stream — makes an excellent medium for employee training and updates. This is especially true for companies with multiple offices or remote workers. Web-meeting software is notoriously finicky and complicated. It’s not a good solution for training sessions and other large meetings in which most attendees are not even going to be speaking, let alone on camera.

Live video, on the other hand, lets people tune in as they would for a Ted talk — joining training sessions and meetings with a single click rather than an access code.

Using Zoom for internal communications? Take a look at this blog post for our tips and tricks for more engaging Zoom meetings.

2. Live video is a thought leadership and lead gen tool — and a trackable one.

It seems like most brands — and many individuals — are trying to be thought leaders in their industries these days. (I’m personally amused by people who are thought leaders at being thought leaders, but that’s another blog post.) Sure, thought leadership is about awareness and education, but at its core, it’s about lead gen: driving contacts and sales.

As brands vie to be leaders, there’s an excess of content being created. The competition is thick, making it increasingly difficult to get audiences to devote their eyeballs to your content.

Live video turns that on its head. Facebook expert Mari Smith recently conducted an experiment in which she compared two years of Facebook posts on the traditionally B2B topic areas of technology, finance, and marketing. What she found was that live videos made up only .5% (half a percent!) of the total posts on these topics — but got, on average, more than three times the engagement of other post types.

There’s a word for areas in which interest is high and competition is low: lucrative.

You can take advantage of this lucrative opportunity by trying live video as a medium for your thought leadership content. The ideas typically packaged in blog posts, PDF downloads, and prerecorded videos can make quick, engaging live videos. You can even bring in experts as live participants.

And by integrating calls-to-action and tracking components like unique URLs or discount codes into your live videos, you can also evaluate the effectiveness of live videos quite easily, determining which videos yielded which leads and sales.

It is the great sadness of market researchers everywhere that audiences don’t provide instant feedback about all marketing efforts. Can you imagine how much better messaging and advertising would be if consumers provided feedback about every billboard, commercial, sponsorship, etc.? As it stands, many marketing efforts are hard to measure, so tactics and positioning are determined more by opinions inside a company than an understanding of audiences outside it.

Live video facilitates real-time interaction with audiences — going far beyond even static social media posts that allow commenting and reactions. For one thing, live video gets six times more interaction than prerecorded video. For another, this interaction and audience feedback can change the course of the live video. It’s perfect for gathering qualitative data about your customers, their interests, questions, buying habits, or whatever you want to ask about.

4. Live video is a trust-building tool.

Now to the fear factor. If the idea of going live scares you (or your higher-ups), this is the section for you. Whether you’re picturing yourself freezing on camera or just freaked out by the possibility of something unexpected happening beside your company’s branding, let me ease your mind. The possibility of imperfection is actually a good thing, a huge part of what makes live video so compelling.

Surely by now you’ve heard Brené Brown explain the power of vulnerability and the gifts of imperfection. (If not, change your life and watch the Ted talk please.) These principals extend beyond interpersonal relationships and into business. By being vulnerable and embracing imperfection, you can build trust with your audience. And that trust is crucial not only to purchasing behavior but also to differentiating your brand in a marketplace of insta-perfect everything. No wonder a 2014 study of 12 global industries found that authenticity delivers high ROI:

"Honesty resonates with global consumers, employees and investors," says Bonfire Marketing's recap of the study. "It builds loyalty and trust among a brand's social communities, and it's valuable for increasing profit margins. 63% of those surveyed buy from authentic brands over competitors that hide their true selves."

5. Live video is an inexpensive tool — for budget and bandwidth.

Part of the struggle of knowing which new technologies you should adopt is the cost associated with trying them. Take chat, for instance. We’ve talked about implementing chat on our site to help users and potential customers get personalized attention faster. But actually proceeding with it would require a software purchase, a workflow change, someone to design and implement it, and multiple someones to man and manage it. I suspect eventually we’ll make the investment, but the barrier to entry is high.

The barrier to entry with live video is having a smartphone and a social media account. You can see how your audience responds before you decide to further invest in additional cameras or software. You don’t even have to be willing to appear on camera — there are so many things you could livestream for your company besides yourself.

And whereas most new tactics require more time, live video can cut back on the time you’re already using to create prerecorded video because there’s no turnaround time. A common rule of thumb is that one minute of edited video takes an hour of editing. (Other videographers estimate it takes even longer.) With live video, one minute of video takes one minute.

6. Live video is a multidepartmental tool.

I’ve said it before, and I’ll said it again: Live video isn’t just for social media or marketing teams. We’ve seen HR teams use it to onboard and recruit. We’ve seen salespeople use it to drive instant purchases or retail traffic. (Exhibit A: Amazon just added live video to create a QVC-style watch-and-shop live experience.) We’ve seen customer support teams use it to answer user questions and C-suite execs use it to make product announcements. It’s used to entertain, educate, and equip. The live video use cases are as varied as the industries employing it.

Which brings us back to Ron Swanson’s sage wisdom. Choosing one tool that lets you tackle many problems — rather than many tools for many problems — is an obvious way in which you can whole-ass one thing. If you went all in on live video, which problems could you solve?