How Chiodo Studio Livestreams Concerts for Its Musicians With Switcher 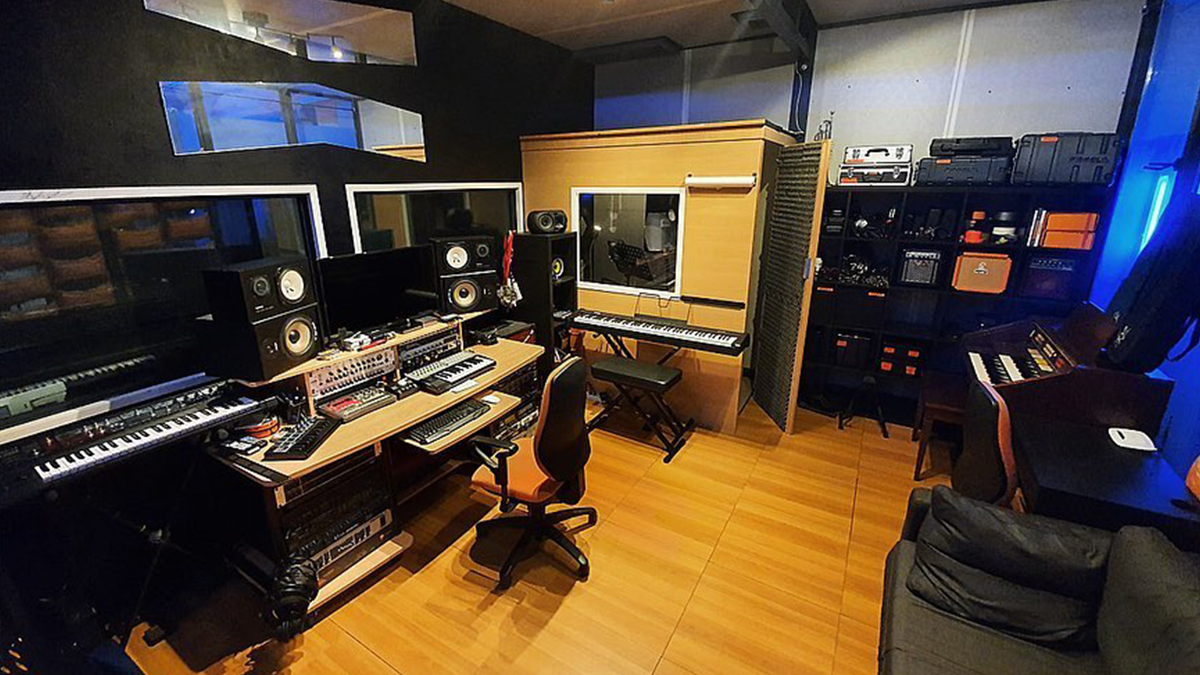 When starting out as a musician, you have a lot of things to juggle. Where do you go for recording? What about music videos? Concert footage? Photographs? Marketing? Tours? It can all quickly become overwhelming during what should be an exciting time. If you are lucky, you may find a recording studio that can handle a lot of this for you. Not only will they record your music for you to distribute, but they may also include photography services, marketing services, and the like. When going this route, you want to make sure you find a reputable studio who can produce a high-quality product that you are proud to show off, and who won’t drive your band into obscurity or embarrassment. Musik Factory’s Chiodo Studio is one of these establishments. Located in beautiful Magenta, Italy, Chiodo Studio is an independent studio that provides recording services, venue scheduling, live recording, and basic photography all in one nifty place, and company founder Alex Chiodini is looking to expand his clientele even further with the addition of Switcher Studio.

Musik Factory is not your typical music shop. It houses four professional rehearsal rooms, individual classrooms for instruction by qualified staff, a spacious lobby with ample seating, and the Chiodo Studio recording space. All rehearsal rooms are soundproofed and air conditioned with mixers, PA systems, and microphones are ready for use. Musik Factory also produces two live concerts each year (one in June and the other in December for Christmas festivities), performed by special needs students. Chiodini has been utilizing the Chiodo Studio for audio recording since 2007. In November 2014, Chiodini added live video recording to his roster, with a side project simply entitled “Video Live”.

With Video Live, Chiodini has streamed the concerts of many of his patrons, including BelzeBluesBand, Aromi Naturali, and Cristian Imparato. He also offers behind-the-scene video packages, where he will follow one of his clients on their tour for 3-5 tour stops, infusing on-the-road footage, backstage footage, concert footage, and post-concert footage into one beautiful video diary that bands can share with their fans. When he started Chiodo Studios’s Video Live project, he started out with RecoLive MultiCam, the predecessor of Switcher Studio which features in-app recording only. He had great success with RecoLive MultiCam, but Chiodini was still looking for ways to bring a show to fans unable to attend in person. He then learned of Switcher Studio, which allowed him to still use the hardware set-up he had grown familiar with but added in the live-streaming component he had been wanting to utilize.

Chiodini officially switched over to Switcher Studio in January 2016 and has been using it ever since. “I enjoyed using RecoLive MultiCam,” Chiodini assured us when we spoke, “but after the release from Switcher that allowed me to change the FPS and bitrate, I was completely sold and changed my app.” He wasted no time in utilizing the new livestreaming functions, producing a live broadcast for one of Aromi Naturali’s shows on January 28th at the Decibel club in Magenta.

Since then, he has produced several other broadcasts for Chiodo Studios’s artists, as well as streaming live from the Beers Abbey craft beer festival this past July in the municipality of Morimondo, just outside of Milan, Italy. You can keep up with Chiodini and his artists by visiting the Musik Factory website, the Chiodo Studio Facebook page, the Video Live Facebook page, and the Musik Factory Facebook page. We wish Alex Chiodini and all of his artists the best with their musical endeavours throughout the rest of the year!