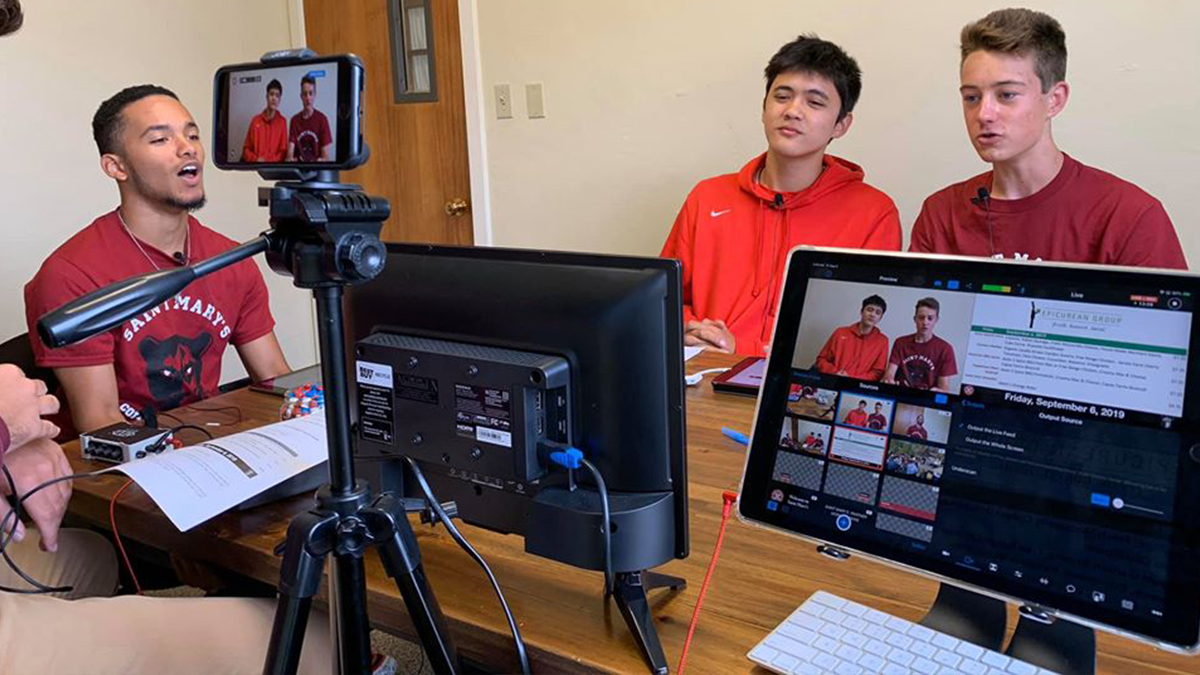 Morning announcements. The majority of people can remember being subjected to their school’s morning announcements from kindergarten through their high school graduation. Normally, the events of the day were quickly rattled off, often with little to no focus from students, teachers, and other staff alike. They were simply there, and anything important would be repeated during the afternoon announcements before students were released for the day.

The question quickly becomes, “How do we get people to pay attention?” Morning announcements are not done just so the office staff can hear themselves talk. There is important information that needs to be unveiled during them. While a lot of schools seemingly give in and just continue performing the announcements as normal, many others have decided to try other avenues to attract attention. Video broadcasts of the morning announcements are one such avenue that these schools are trying to attract that attention. Some are just running one static camera, where people will step into and out of frame when it is their turn to speak; however, two gentlemen from the Pulaski, Wisconsin school district are utilizing the services at Switcher Studio to add a bit of pizzazz to their Friday announcements. 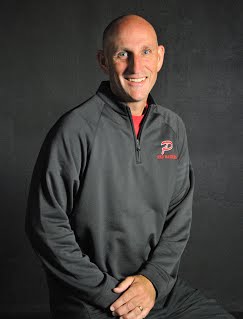 lay Reisler became a teacher in 1993 because he wanted to help students to succeed. In this technology-driven world, being proficient with a variety of common electronic devices is essential to succeeding in daily life endeavors. Beginning in 2008, he has served the Pulaski Community School District as a Technology Integration Specialist, the goal of which being to bring innovation to a teacher’s typical lesson design and allow courses to be more digitally based. One of the main staples in Reisler’s repertoire are iPads. Many of them.

Reisler prefers focusing on iPads for five main reasons: 1) there are so many apps that do the same thing that students have the option to choose which app works best for them, allowing for differentiation to fit their individual learning needs, 2) allowing students to hold onto a device rather than staring at a chalkboard allows them to be more engaged with their learning, 3) the iPad hardware itself rarely encounters technical issues, whereas computers can encounter a multitude of issues that disrupt the learning process, 4) students are able to create text, drawings, photographs, video, and audio to supplement their learning processes, and 5) the iPads are durable in a case and suitable for consistent use by students.

Reisler’s technological quest has been thus far successful. Thanks to his iPaddiction blog (ipaddiction.blogspot.com) along with over 1500 videos that document his operations and successes, Reisler was named as an Apple Distinguished Editor in 2013 and has been a featured speaker at educational conferences and school districts throughout the Midwestern United States. It was because of this that he decided to help Pulaski High School with its morning announcements problem.

Home to over 1100 students and 70 teachers, Pulaski High School has been named one of the best high schools in the nation and also boasts an average ACT score well above both the state and national averages. With this kind of success, it’s no wonder that Reisler chose this as the place to spread his iPaddiction. A simple Google search of “digital switching” led Reisler to Switcher Studio. The ability to use iPads, iPhones, and iPod Touches as cameras was far cheaper than purchasing other hardware.

With all of the iPads he already had at his disposal, this was a dream come true. Reisler quickly enabled a Switcher subscription and brought his findings to Media and English teacher Terry Manning, who was also intrigued by what they could achieve using Switcher Studio. Manning decided to help Reisler with production, and together the two men were prepared to bring the new morning announcements to light. The Pulaski High School’s set-up entails using one iPad as the main “switcher”, two additional anchor iPads for side angles and close-ups, another iPad strung above to use as a transitional camera, and one Macbook Pro running SwitcherCast for screensharing purposes. With that, Reisler and Manning have been able to really bring the morning announcements to life. Reisler says that he loves how easy the “tap to queue and double-tap to live” features work, low-stress for a high payoff.

So far, they put on a live broadcast every Friday morning for all 1100 students and faculty to enjoy. With Pulaski High School being so technologically savvy already, Reisler has started bringing in students to observe the broadcast and how it is ran. His goal is that within the next month, he will have students running the broadcast instead of staff. Reisler has also been researching the capabilities of Switcher Studio, and has been trying to incorporate one new feature into his broadcast each week. Currently, he and Manning are looking into the addition of an audio mixer, which will allow them to have multiple audio sources layered into the broadcast.

To learn more about Clay Reisler and his iPaddiction, you can visit his website, his Twitter @RecessDuty, and his blog. We wish both he, Terry Manning, and the rest of Pulaski High School the best with their new school year!